The Beyond Just Us Blog

Thuli Madonsela on lockdown judgment: 'I’d be surprised if it survives scrutiny of a higher court' 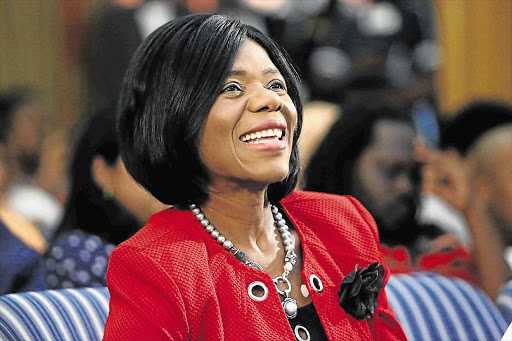 Former public protector Thuli Mandosela has echoed concerns regarding the high court judgment on level 4 and 3 lockdown regulations, suggesting that the judgment was not clear, concise and accurate.

The court sided with the Liberty Fighters Network and Hola Bon Renaissance Foundation, after the two organisations challenged the regulations.

Judge Norman Davis also noted that some of the regulations failed to pass the “rationality test”.

The government is studying the judgment and it has 14 days to update the regulations in line with the court's ruling. Level 3 regulations will remain for now.

Liberty Fighters Network president Reyno de Beer said it “would be a total slap in the faces of the people of SA” should the government appeal.

Voicing her opinion on the matter, Madonsela said there would have been a lot to learn from the judgment if it were more clear, concise, accurate, professionally reasoned and persuasive.

She said she would be “surprised” if the judgment, in its current form, survived the scrutiny of a higher court.

“Just note that not all regulations are considered unconstitutional in the judgment and also that they remain valid for 14 days pending their alignment as ordered by the court,” she added.

There would have been a lot to learn from this judgement if it were more clear, coscise, accurate, professionally reasoned and persuasive. I’d be surprised if in its current form it survives the scrutiny of a higher court https://t.co/JXlh2ahfst

Speaking to TimesLIVE, legal expert Ulrich Roux said the government should study the judgment carefully and, though it can apply to appeal, it would be ideal not to.

“It would be ideal for government to rather not appeal the judgment but rather use the 14 days, and if possible request an extension, to try to amend the regulations in line with the constitution to avoid future legal actions from the public,” he said.

Roux added that because the judgment was seen as a final order and on constitutional grounds, the government would have to approach the Constitutional Court for leave to appeal the decision.

“The other option, the government would have to go back to judge Davis to submit an application for leave to appeal, after only being granted the leave. It's a two-step process,” he said.